Is Via Ferrata Dangerous? What to Know Before You Go 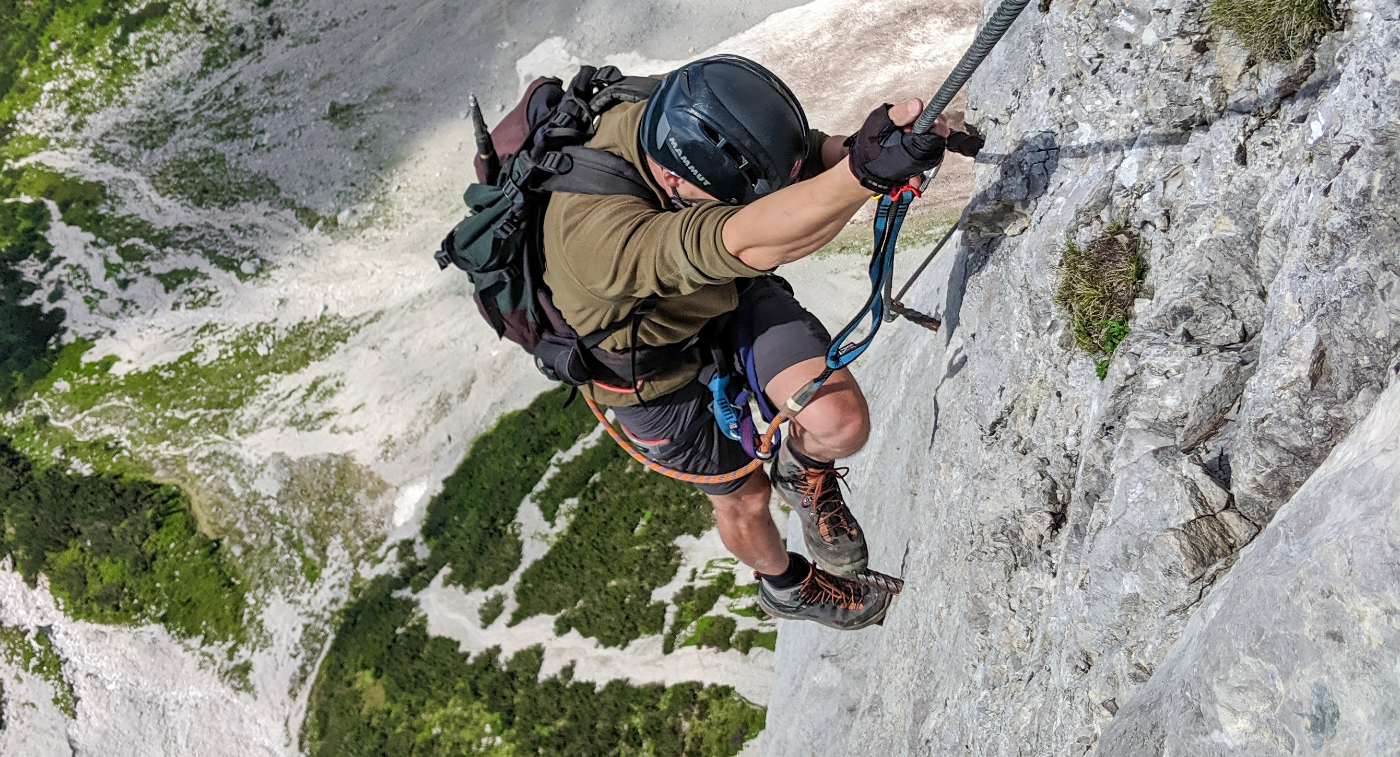 What started as a way for Italian troops to move safely through the steep cliffs of the Alps during World War Two. Via Ferratas have been growing in popularity and numbers over the past decade. Spreading throughout most European mountain ranges. And are even starting to be more common in the United States and Canada. With new routes being added every year. So before you go, let’s answer the important question. Is via ferrata dangerous? Along with other common safety questions many people have.

Is Via Ferrata Dangerous?

In general, they are considered to be safer than rock climbing. But if you fall, a via ferrata can be very dangerous. And should be approached with caution and respect. The metal rungs while there to help can hit you if you fall. And the force generated on falls on vertical cables create a greater force than a rock climbing fall. Which is why having the right gear is so important. More on this below. Below is a study published in the International Journal of Environmental Research and Public Safety (say that 5 times fast). Showing injuries and deaths in Austria from 2008-2018.

It should be noted that the number one reason for rescue on a via ferratta was exhaustion, not injury. Meaning most people ended up stuck in a place they couldn’t get out of. So be cautious and know your limits.

Has anyone ever died on a via ferrata?

Yes, people have died doing via verrata. According to the study there were 62 via ferrata deaths in Austria from 1 November 2008 to 31 October 2018. Out of those deaths, 47 were from falls, 7 were from medical emergencies, 4 from material failure, 2 unknown, 1 exhaustion, and blocked/lost person.

Staying safe on the rails requires the right equipment. Below are the three pieces of gear you should wear on every via ferrata.

Climbing Harness – Your harness will be where you connect your screamer, lanyard, and clips. This combination will keep you safely clipped into the ferrata if used properly.

Via Ferrata Lanyard,Clips, and Screamer – A proper via ferrata lanyard setup will feature a scream, and two lanyards with a clip at the end of each. This screamer is what makes these setups safe by extending to reduce dynamic load when you fall. This is vital if you fall on a vertical cable. Where the force generated from the fall into a dead stop can snap even dynamic ropes.

Helmet – Most routes are on the side of a cliff. Meaning having a rock fall on your head is a possibility. Even a small one could do major damage without a helmet. Add in falls and just bumping your head against the rock or rungs. And you will be thankful for your helmet.

Small Pack With Some Food & Water – The number one reason for rescue on via ferrata is exhaustion. Taking a small amount of food and water will allow you refuel and sty hydrated. Making sure you have the energy to finish the route.

Do you need gloves for via ferrata?

Many beginners prefer to wear gloves when doing a via ferrata route. The metal rungs can be tough on your hands if they are not use to taking a beating. That said, most people that rock climb and guides will not be using gloves for the same reason rock climbers don’t. If your hands are tough enough to handle it without gloves, that is going to give you the best and most trustworthy grip.

How to train for doing a via ferrata?

The most important thing you can do is work your grip and pulling strength. Focus on dead hangs. Building up the amount of time you can hang from a bar. Also pull ups, assisted pull ups, and negative pull ups are great to throw in as well.

Can you do via ferrata in the rain?

It is not recommended that you do via ferrata in the rain. The routes can become slick. And the odds of making a mistake increase drastically. If you are ever on a ferrata and you see lightning / hear thunder, please get to shelter and away from  the metal rungs as quickly and safely as you can.

Overall the numbers show that via ferrata is a relatively safe outdoor activity. Especially when all safety measures are followed correctly. And most importantly, we don’t put ourselves in situations beyond our level. It is a fine line to walk while looking for ways to push our limits. But knowing those limits can be the difference between life and death. So be safe out there and let us know about any awesome routes you do in the comments below!

What is HIGHLANDER Adventure? Everything you Need to Know
August 17, 2022