How to Disassemble ProForm Pro 2000 Treadmill for Moving 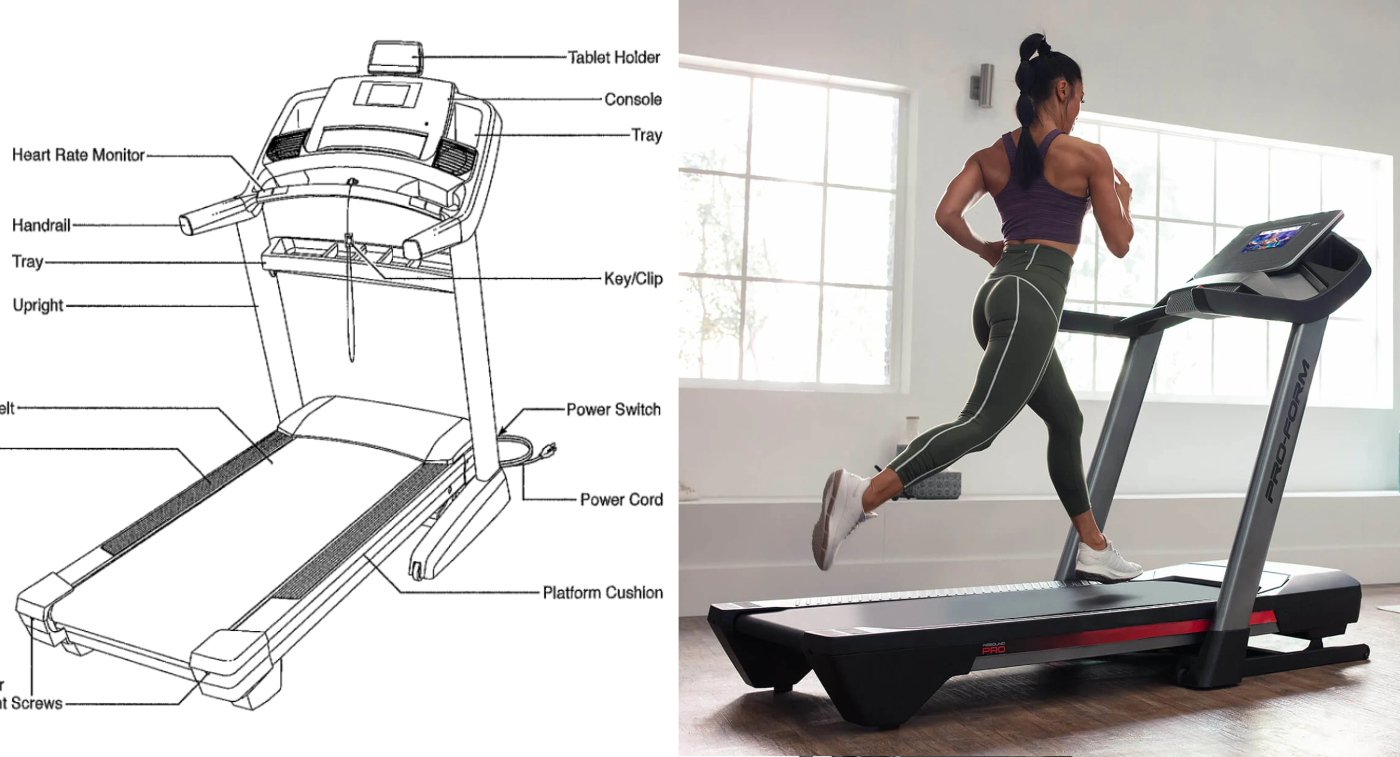 There are a lot of great pleasures in life. But moving is not one of them. Especially if you have a treadmill. Which can be particularly difficult to move or sell. To make it a little easier, I’ve put together a quick guide on how to disassemble ProForm Pro 2000 treadmill for moving. Simply reversing the instructions for you step by step. Including pictures and the required tools.

* All images are taken directly from the ProForm Pro 2000 manual.

How to Roll / Move the ProForm Pro 2000 Treadmill

Below is an image showing the proper way of moving/rolling the ProForm Pro 2000 treadmill.

How to Disassemble ProForm Pro 2000 Treadmill for Moving

Tools You Will Need

Before starting, make sure the treadmill is unplugged.

* For this step you are going to want to have someone help hold the treadmill while you remove the latch.

* Removing the storage latch is optional for moving.

First, make sure the treadmill is unplugged. Then raise the frame to the upright position shown in the images. Have someone hold the treadmill. Then you will disassemble the storage latch (56). First remove the upper 5/16” nut (9) and bolt (4) from the frame (52).

To remove the upright crossbar (76), use the screwdriver to remove 4 screws (1). 2 on each side of the treadmill attaching the crossbar to the upright rails (84).

Remove 4 screws (5) from under the pulse crossbar (80). These are just securing the bar and we’ll remove it with the entire console next.

* Important, you should have someone to hold the console once you unscrew it. It is connected to the right handrail by a wire. And shouldn’t be pulled more than a few inches from the rail so you can disconnect it.

To remove the console, remove 4 bolts (2) and washers (8), 2 on each side. Running through the handrail (74) and holding the console securely in place.

Have someone hold the console (B) and slowly move it a few inches exposing the main wire connecting (83 & D) on the right handrail of the treadmill.

After lifting the console, you will be left with the pulse crossbar (80) connecting the left and right handrails. This bar is held in place by 6 screws (2 & 6) and 2 washers (8). Remove these and then lift out the pulse crossbar and put it somewhere safe.

Remove 4 screws (1), 2 on each side connecting the wheel extensions to the treadmill frame.

How to Disassemble a Sole F85 Treadmill for Moving
January 8, 2023