How to Finish the Georgia Death Race

Let me guess, you signed up for the Georgia Death Race lottery figuring that the chances of making it in were slim to none. Then you get the news you’ve been dreading for over a month… you’re in. Now the reality of the situation hits you and the words from Sean at Run Bum truly set in, “you will die.” While you probably won’t die, you will be facing a finishing rate of 50% (including those that take the early start), unpredictable weather (it could rain, snow, or be 80 degrees), and a brutal course designed to break you both physically and mentally.  So where to start.

As with most challenging races, the decisions made months and days before the race will often be the determining factor in how (or if) you finish. Even top athletes preach the art of preparation and tell of the downfalls of a bad pre-race meal or unprepared crew. For every race I put together a plan based on what the event requires starting the following.

From Plan to Action

The toughest thing about training for the Georgia Death Race is the time of year the event is held. If Sean (the RD) keeps up his most recent tradition of running on/near his birthday you can expect an early April start. This means training in the rainy and freezing months of December, January, February, and March. I personally chose to minimize my time outside with functional strength training inside, weighted hikes, and brutal lunge sessions outside that were far more “time” effective during the cold months.  So a few tips to get you motivated and out your plan into action. 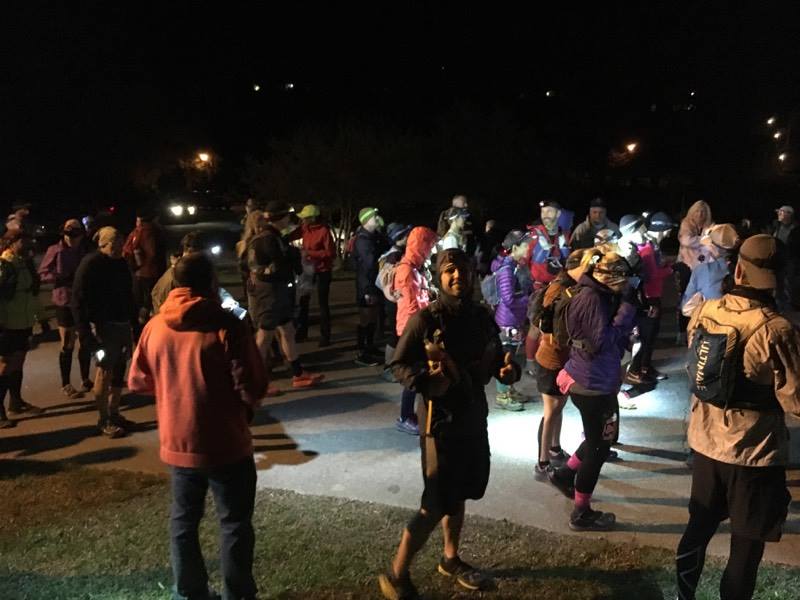 Are you ready? For most racers this will be the question you face while shivering at the starting line.  It’s a question you won’t know the answer to until hours into the race, so try not to live in “what if’s.” I could go into nutritional tips, don’t do this or don’t do that’s, and a lot of detail but this isn’t a race review. This is to prepare you to survive one of the hardest races in the USA so I’m going to give you the survival tips needed to finish the Georgia Death Race.