Spartan Race: Rules & Regulations You Need to Know Before You Race 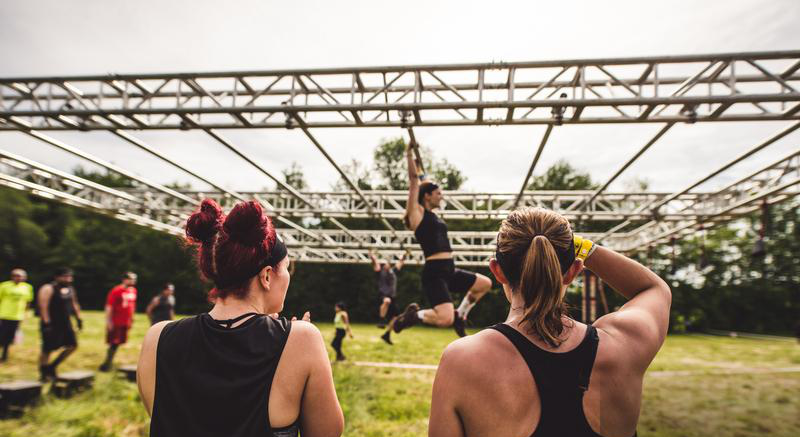 If you’re getting ready to run a Spartan Race or looking to compete in the Elite or Age Group heats. Then it’s important for you to know and understand all of the race’s rules. And while many will be obvious there are some that many racers don’t know about. These include correct burpee form, as defined by Spartan, hitting vs kicking the bell, and receiving help on obstacles. So to better help Spartan Racers all over the world. We’re going to review the Spartan Race rules & regulations you need to know before you race.

Spartan Race: Rules & Regulations You Need to Know Before You Race

All of these have been taken from the official Spartan Race rule book, which you can read here.

Waves / Heats – There are three different wave (or heat) categories:

Elite – The Elite waves are broken down into two heats. One for men and one for women. To enter the elite wave you must qualify at another race. To qualify you must place in the top 5 in your Age Group wave at a Spartan Race in the same or previous calendar year for which you are applying.

Age Group – Anyone can sign up for the Age Group waves. There is no qualification needed. These waves are often broken down into individual waves for each group. But depending ont he total participant in a race, all Age Groups may run in the same wave. This is typical for the ultra distance where less athletes have sign up.

Open – Anyone can sign up for Open waves. They are not judged, filmed, subject to time penalties, or held to the same standard as the competitive waves. This is to make the experience more enjoyable for all athletes participating in these waves.

Note: The rules for Elites and Age Group waves are different than for open waves. Open waves are not judged and technically have a lot more leeway than the competitive waves. There are still some rules Open waves should follow and I’ll go over those below.

Obstacles are broken into three different categories. Mandatory, multiple attempt, and single attempt. Again, these rules apply to competitive waves. For open waves, just do you best and have as much fun as possible.

Mandatory Obstacles: Are obstacles that a competitor must complete before

progressing further on the course during a race.

Multiple Attempt (Pass/Fail) Obstacles: These are obstacles that may be attempted as

many times as needed until you successfully complete the obstacle or choose to take the penalty.

Single Attempt (Pass/Fail) Obstacles: These are obstacles that you may only attempt to complete once. If you fail you will move straight to the obstacle penalty.

2023 Update: Spartan Race has officially announced there will be no more burpee penalties moving forward for Elite and Age Group racers. At all races except Stadion events. Here is what the official announcement form the 2023 rule book says:

“All pass/fail obstacles during the elite and age group heats will only have penalty loops starting in 2023 (Except for Stadion races where the penalty will remain as 15 burpees). “

There will be two types of penalty laps, a running loop or a carry. Spartan’s official rule books says they consist of:

In the past the standard penalties for an obstacle failure at a Spartan Race is completing 30 burpees. Though at some races the penalty for specific obstacles can be changed to a penalty loop instead. If the penalty is not 30 burpees it will be stated at the obstacle. Starting in 2023 Open racers will have the ability to choose between completing burpees or the penalty loop.

For Elite and Age Group (competetive) waves you are not allowed to have any assistance on any obstacles.

Note: People have been seriously hurt trying to support / assist athletes hanging above them in completing these obstacles. So please be careful.

Some of the most common rules that are broken include: