When it comes to hiking and camping water filters, many would call Sawyer the most trusted brand in the industry. So when looking into your next water filter you will undoubtedly find yourself asking the question, what’s the difference between the Sawyer Squeeze vs the Sawyer Mini water filters? And what about the Sawyer Micro Squeeze?! Don’t worry, we got you. Check out the quick guide to the major differences and then the Sawyer Squeeze vs Sawyer Mini vs Sawyer Micro Squeeze battle. I’ve also done research on reviews from a dozen forums/sales sites to get a real idea of the overall quality. Let’s get to it! 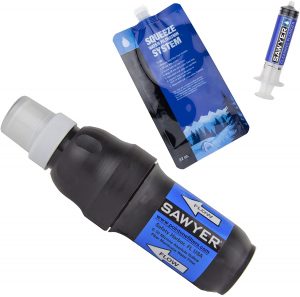 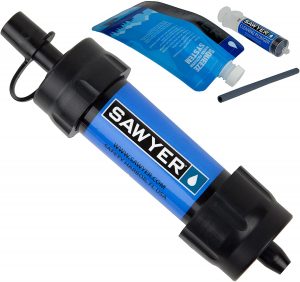 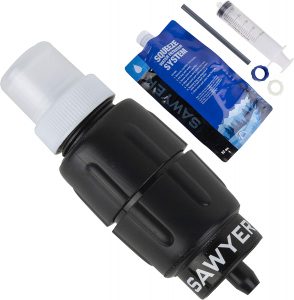 Conclusion – The Best Water Filter is…

Based on the reviews, when comparing the Sawyer Squeeze vs Sawyer Mini it’s hard to go wrong with either. That said, a lot of the 3 and 4 star reviews for Mini came in direct comparison to the Squeeze. Saying the Mini works but they would get the Squeeze ( based on flow rate) if they were to do it again. Many stating first hand experiences where they witnessed the Squeeze out perform the Mini in real world conditions. While none of the reviews of Squeeze mentioned wishing they had gotten the Mini to save 1 ounce in weight. Based on this I would recommend the Sawyer Squeeze for both hiking and trail running applications.

I finally had a chance to test the Sawyer Squeeze and Mini in real world conditions on the trail with another runner. We both agreed the Squeeze flow rate made it the better choice and could fill all 4 of our water bottles by the time the Mini could fill one.