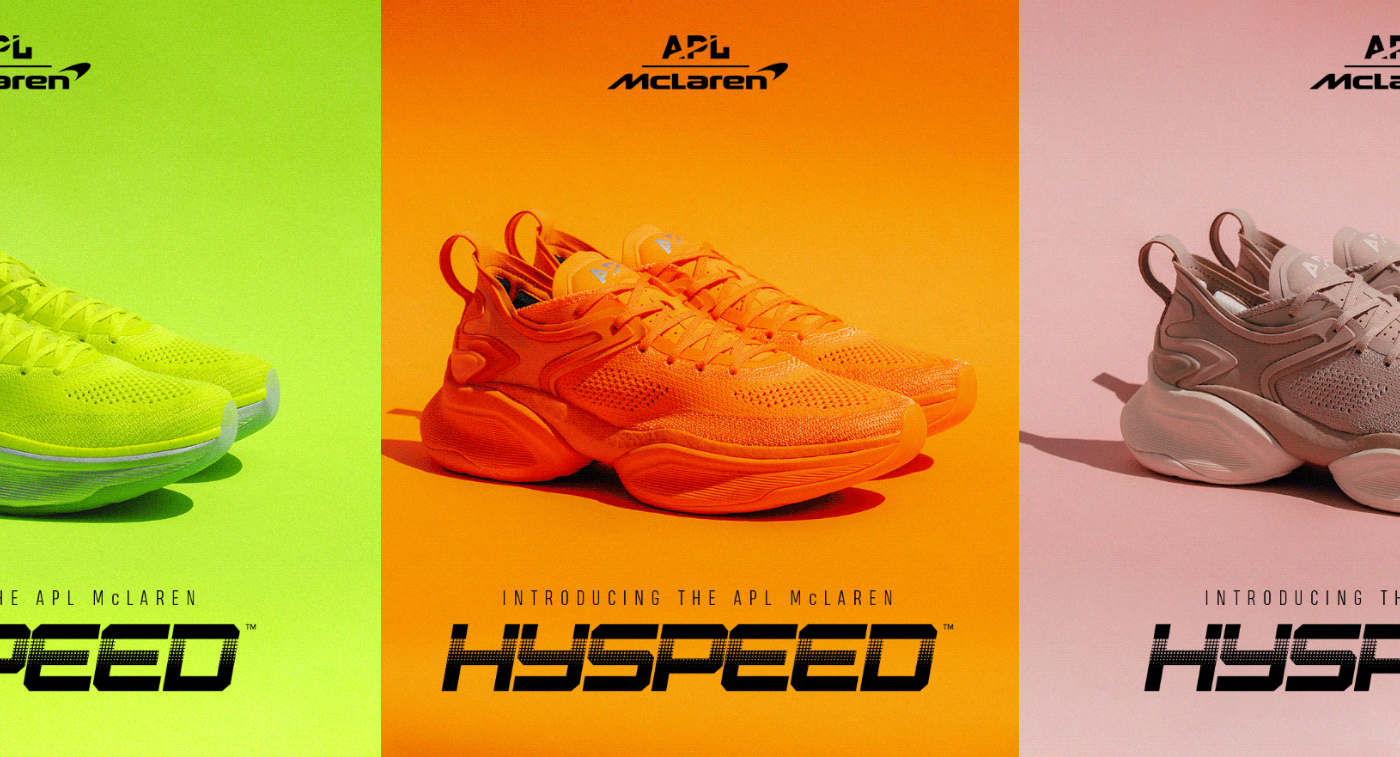 In a new collaboration between Athletic Propulsion Lab (APL) and the carmaker McLaren, they are introducing the new APL McLaren Hyspeed running shoe. With a unique design. This carbon plated road running shoe is sure to catch the attention of anyone looking to stand out at their next race. But at $450 a pair, they may be out of the price range of most average runners. Released in five colors including the famous McLaren Orange. You are sure to look faster in the Hyperspeed, even if they don’t make you faster on the track.

While APL has not released the full specs on the shoe. Below we’ll break down what we do know about the new McLaren Running Shoe. With links to check them out on the official APL website, 360 pics, and pics of the official color releases.

Collaborations across brands have been growing in popularity over the past decade. And there are plenty of examples in the shoe industry. With brands like Nike and Adidas offering limited releases partnering with brands, artists, athletes and musicians. But this is one of the bigger collabs to come to the running shoe industry in a long time. And with so many boutique running shoes brands popping up. This is a trend that is likely to keep growing in the near future.

APL, founded in 2009 and based in Los Angeles classifies itself as a luxury footwear brand. And while their athleisure shoes have gained some popularity in the high end market. They have yet to catch on in the actual performance running shoe market. And with this high end partnership with luxury car brand McLaren, the brand is hoping to change that. With a unique design and the latest performance carbon plate technology. APL hopes that you will start to see the Hyspeed at the major races in the near future.

Overall the design has a lot to like. They sure look fast. My only question is why a $450 shoe would have so little spec information available. While the world’s most popular brands are quick to release details like weight, drop, volume, and cushion type. Important info that most serious runners want to know before buying running shoes. APL has gone the other direction and not listed any of this information publicly. For me this feels like the brand is targeting people that are more interested in the look and brand names attached rather than how they will help them perform. I may be wrong. But it’s hard not to draw that conclusion from the info released.

If you have had a chance to run in the Hyspeed, please let us know your thoughts in the comments below!