How to Disassemble the Nordictrack Treadmill 1750 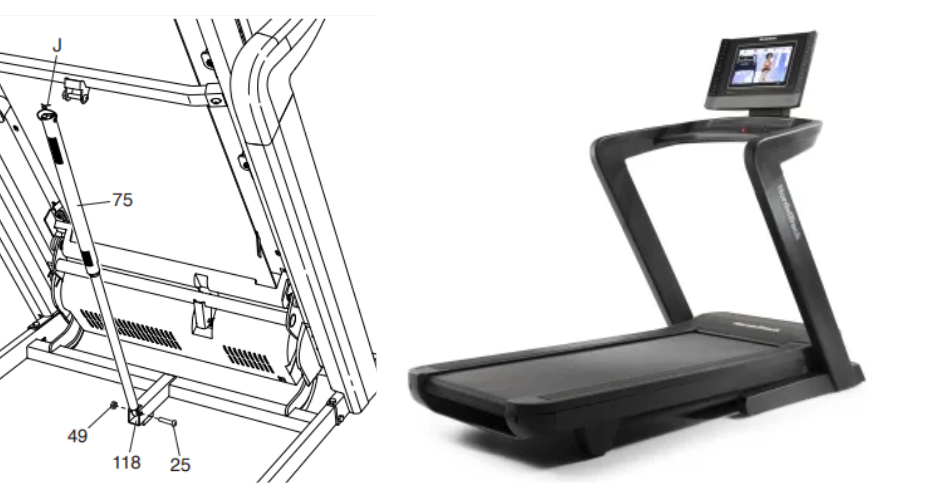 Since its newest model released in 2022,  Nordictrack Treadmill 1750 has been one of the hottest on the market. That also means that there have been plenty of them popping up on the secondary market as well. But buying a second hand treadmill or just relocating in general means having to move the treadmill. So how do you disassemble the Nordictrack Treadmill 1750 for moving?

The way the 2022 model is designed, means that some of the pieces are incredibly difficult to get off the unit without breaking. This isn’t a huge issue. I recommend just removing the main center handrail assembly and side rails together. So that’s what we’ll cover below. Let’s get to it!

How to Disassemble the Nordictrack Treadmill 1750 for Moving

The first step in removing the left and right base covers (121). To do this, just lift the base cover and then pull it out through the front of the treadmill. With the right base cover make sure not to pull out the power cord.

*IMPORTANT: Do not raise the Frame past the vertical position. Have a second person hold the Frame until step 5 is completed. If the treadmill is assembled on a smooth surface, it may roll forward during these steps.

Lift the deck to its stored position. Again, for the next part make sure to have someone hold the weight of the treadmill base so that it doesn’t fall on you. Now you are going to remove the nut (49) from the bracket (27) that is connected to the Storage Latch (76) and Latch Crossbar (75).

After removing the top bolts you will do the same for the lower bolts of the Storage Latch (75). Remove the nut (49) from the bolt (25) connecting to the base (118). Then remove and store the Storage Latch.

Step 4. Remove Latch Crossbar from Under Base

Next we will be removing the Latch Crossbar (76). To do this you will remove two screws (26) and washers (7) from each side of the crossbar. Where it connects to the bases frame on the left and right side.

*You can now lower the base of the treadmill back down.

Step 8. Removing the Handrail Assembly in one Piece

Make sure you have someone to help hold the center and side rails while you are unscrewing them. First from the front of the treadmill. Disconnect the power wire (120) located in the lower left side rail (114). You may have to fish the wire out. Once disconnected you will remove the 4 screws (1) and washers (9) from both the left and right sides. Connecting the side rails (114) to the base(118) Be careful of the cord.

From here you should be ready to move the treadmill easily and safely. Here is the manual link!

How to Disassemble the Nordictrack t7 SI Treadmill for Moving
June 29, 2022