Box Jumps vs Step Ups – What is the Difference? 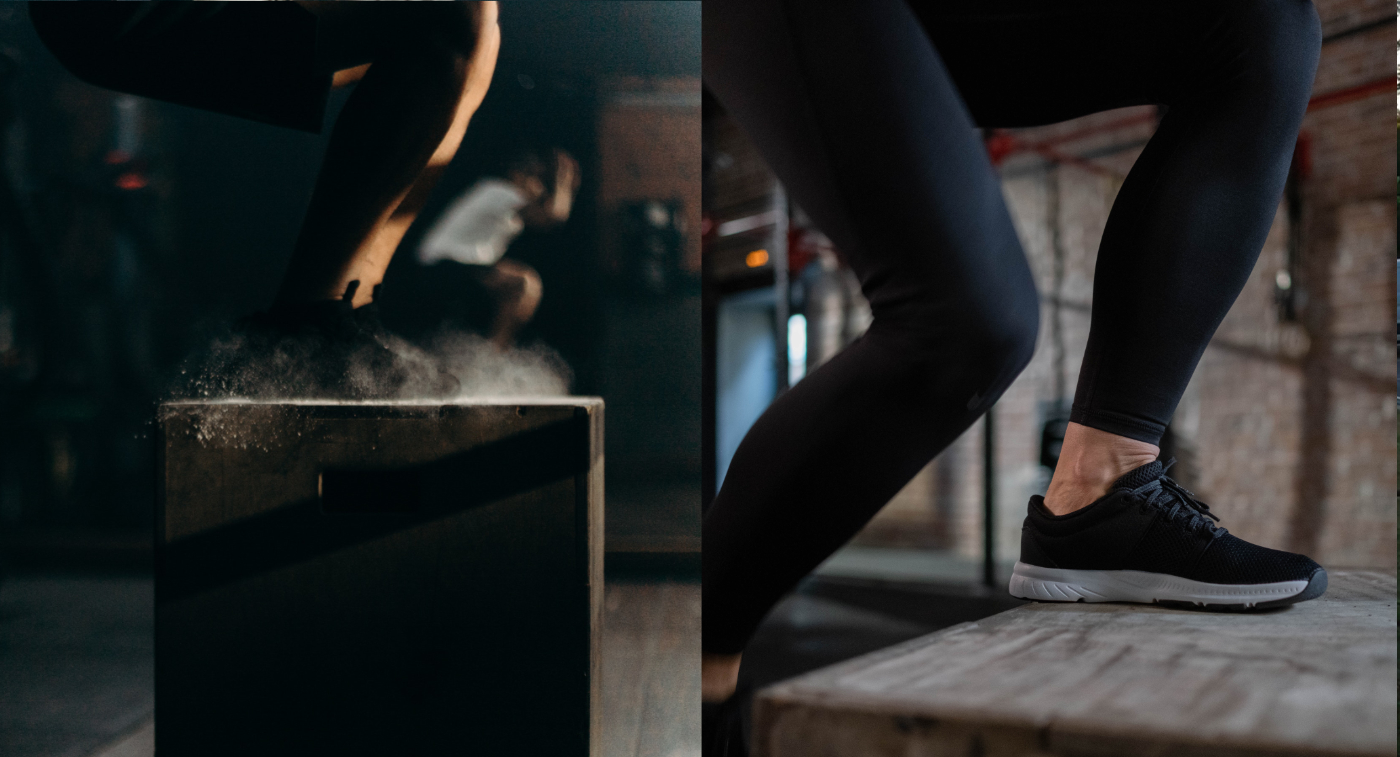 Whether you’re a runner, powerlifter, Olympic lifter, or Crossfitter. You’ve undoubtedly seen box jumps and step ups being performed as part of your programming. Both movements can have great benefits for almost all athletes. Increasing leg strength and explosiveness. Translating directly to help increase everything from your squat total to your uphill running speed. But when looking at box jumps vs step ups, what is the difference? And which movement is better for your overall programming goals. Below we’ll break down what they have in common, the differences, and how/why you should use them.

Box Jumps vs Step Ups – What is the Difference?

What they have in common:

When reviewing the differences between box jumps vs step ups, they have many similarities. Including the muscle groups primarily involved with each movement. These primary muscles include the glutes, quadriceps, quads, and calves. With a secondary focus on the core and stabilizer muscles throughout the legs. That said, the way they work these muscle groups is very different and can achieve different effects.

Why they are different:

The biggest difference between the two movements is that box jumps are a plyometric movement. Primarily focusing on the eccentric (lengthening) movement of the muscles involved. While box step ups are a unilateral movement. That is performed slower and focuses on both the eccentric (lengthening) and concentric (shortening) movement of the muscle. Being unilateral (using one leg at a time) box step ups also place a greater emphasis on the stabilizer muscles throughout the ankles, knees, and hips.

Many people consider step ups as a scaled version of box jumps. But when reviewing the differences between box jumps vs step ups it’s clear that the two movements are very different. And that to create a complete leg development that both have their places in a workout program. If you’re looking to build pure leg strength and size, the step ups will be the better choice. Allowing to work the muscle when raising the body up and lowering it down with the same leg. While box jumps are going to be better at building explosive power and cardio fatigue when performed at high reps.

A good way to incorporate these movements into your workout are to add both into your routine. Using box jumps for a 3-4 week cycle. Then switching to step ups and an accessory lift  for the same 3-4 weeks cycle. These can be done in the same cycles as well. But I would recommend using them on different days.

Bulgarian Split Squats vs Lunges – What’s the Difference?
May 5, 2022