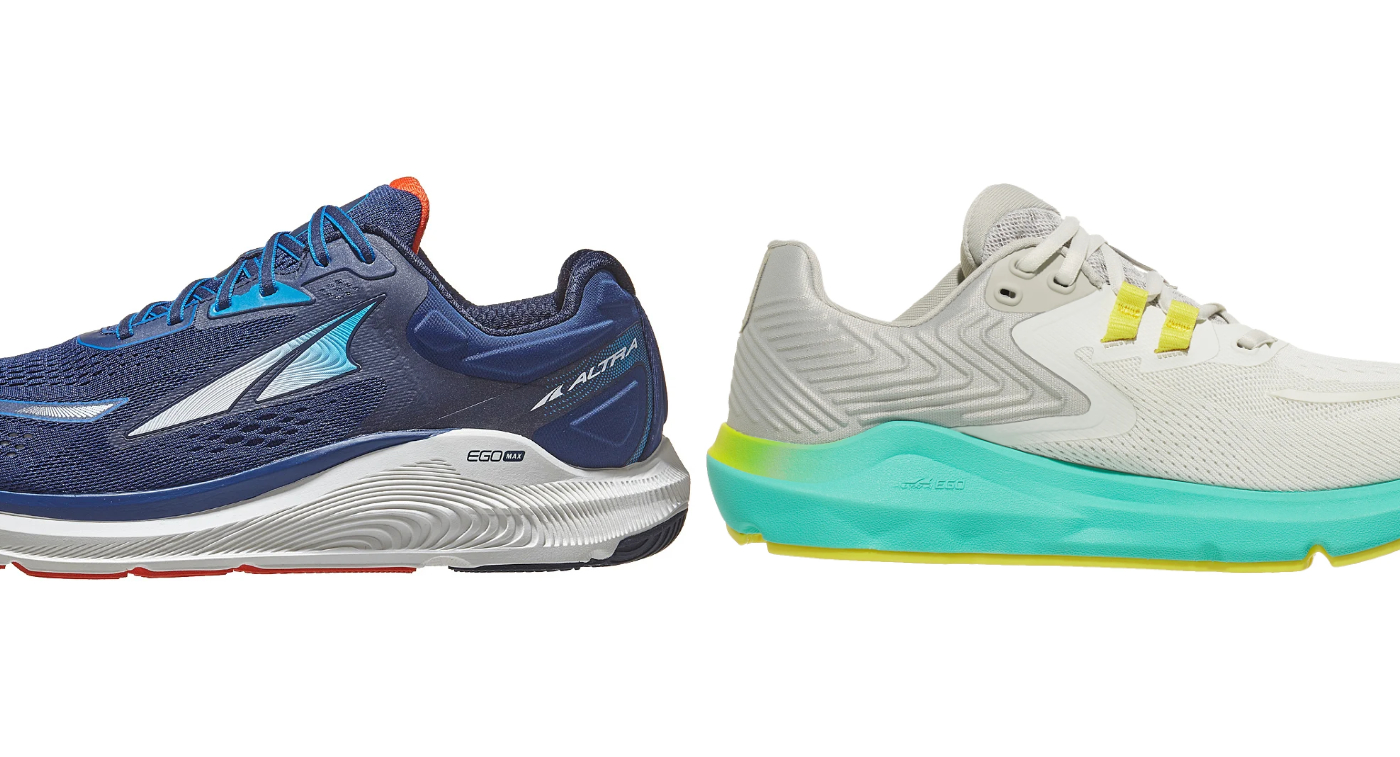 If you’re looking for a zero drop running shoe that will also provide support for runners looking for help correcting under and over pronation. Then today we are reviewing two shoes that you need to know about. Breaking down the Altra Paradigm vs Provision. Two zero drop road running shoes featuring the brand’s unique Guiderails™ to help correct any ankle roll a runner may be dealing with. But which model is right for you? Below we’ll go over the key differences, specs, in depth reviews, and image comparison. Altra is a relatively new brand compared to other running companies. In less than 20 years they have built a reputation of making high quality, zero drop running shoes. With many coming in minimalist designs. And while these two wouldn’t be considered “minimalist”. These two support running shoes feature a zero drop and the guide rails needed to help correct your overpronation. So when comparing the Altra Paradigm vs Provision it’s important to look at how the two perform on the road. And below i’ll break down both of the shoes in more detail to give you a better idea of which is the better choice for you.

When I first unboxed the Paradigms, my first impression was that they are bigger than I expected. With a 30mm stack height with a zero drop, they almost look like they have a bit of a platform look to them. Combined with the color options offered, they have a bit of “orthopedic” look to them. There were a couple color options that looked a little better. But for me the design is something that I wouldn’t be wearing out as casual shoes after they’re retired from running. I think Altra should look into a redesign for the launch of the next version.

On the feet, the Altra Paradigms are very comfortable but feel a bit heavy. Which is not surprising for being a highly cushioned support running shoe. It’s definitely not the heaviest in it’s class.  Fit wise the paradigm is very true to size. With its width running a bit on the narrow side. I may look at going a half size up if I plan on being on my feet for long periods. And they offer a good amount of arch support compared to the Provision.

Hitting the road in the Paradigms the shoes feel really nice overall. But it may take a little time to get used to I’d you’ve never run in a zero drop shoe. There is plenty of cushion although a little more rebound would be nice. And guide rails prove just enough corrective support. I also noticed a bit of wear showing after only 50 miles. So that’s something I would note too.

My first thoughts of the Altra Provision when getting them in my hands was that they are a bit more stylish than the Paradigms. But I do wish there were a few more color options. With only two, including baby blue and light orange Overall the weight and size of the Provision feels well balanced and in proportion. And they look like comfortable shoes even before putting them on the feet.

Once on, the Provisions fit pretty true to size on both length and width. I don’t feel like I would  need to size up. But if you like / need a bit of extra room, a half size should be good. The weight of the shoes feels good and they are noticeably lighter than the Paradigms. With less arch support as well. Being lighter means they have a bit less cushion. But that doesn’t mean they are minimalist shoes. With a stack height of 28mm they ride high for a zero drop runner.

Hitting the road in the Altra Provisions they feel surprisingly quick for a cushioned corrective runner. The zero drop means they don’t feel “fast”, but they do have a decent amount of renown and the turnover is faster than the heavier Paradigm. And overall I felt like these have a bit more “correction” from the guide rails. Which will be great for those seeking that extra “support”.

Below you can  see photos from both the  Altra Paradigm vs Provision. Below you can see the added arch support in the Paradigm. From above you can really see the added cushion around the sole of the Paradigm. The Provision is a smaller / leaner shoe. The foot shape and overall design of the soles are very similar between the two shoes. Altra is known as one of the only shoe brands that makes zero drop running shoes. And with only two options for supporting running shoes, it’s very common for people to be comparing the Altra Paradigm vs Provision. Both offer the brands “guideraile” technology. but beyond that are very different shoes. The Paradigm is a heavier, more cushioned runner with added arch support. While the Provision is slightly smaller and more nimble. Providing a bit more of a quicker feel. But which one is right for you?

Which road running shoe to buy?

A lot of which running shoes feel right comes down to the individual runner. But for me the clear runner was the Provision. It offers plenty of cushion at a lighter weight, with a lower drop, and a much quicker turnover. Beyonce performance I also tend to like the overall design aesthetic more with the provisions. Although a couple more color options would be nice.

All of that said, if you are a heavier runner or someone that is on their feet all day and needs a lot of arch support. Then looking at the Paradigm makes a lot of sense. Just half the size up at least. For me they are the perfect shoes for a very specific group of people. But for the people that they work for, they will be great!